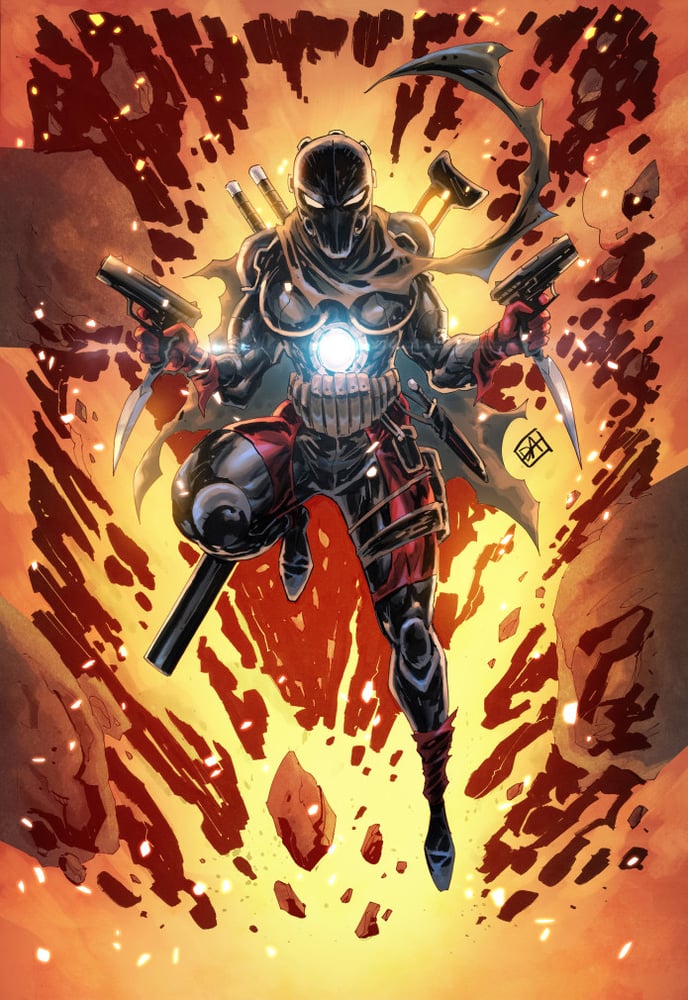 My variant cover exclusively available from me on Tyler Kirkham's creator owned comic Final Boss! And you also get three mini prints!